Resting at The Charlottetown Funeral Home, 33/35 Longworth Avenue from where the funeral service will be held on Monday at 10:30 a.m. in the funeral home chapel. Reverend Henry Tye officiating. Interment later in the spring in the family plot at Freetown United Church Cemetery.

Branch #1 of The Royal Canadian Legion will hold A Veteran's Tribute Service for their late comrade at the funeral home on Sunday evening at 6:45 P.M.

Royal Canadian Legion Branch #1 Charlottetown will conduct a Veteran's Tribute Service at the funeral home at 6:45PM on Sunday 8 February 2009.

On-line condolences can be made via www.islandowned.ca

Royal Canadian Legion Branch #1 Charlottetown will conduct a Veteran's Tribute Service at the funeral home at 5:30PM on Thursday 5 March 2009.

1920 - 2008
Peacefully at the Peel Manor Nursing Home, Brampton, Ontario on Friday, September 26, 2008 of Mr. Gordon T. Mutch age 88 years. Dear brother of Keith and his friend Hazel. He is also survived by his adopted family, Darla (Julio) Fox and their son, Mason and many cousins. Predeceased by his parents, Hope & Bessie (Tanton) Mutch.

Resting at the Cutcliffe Funeral Home where the funeral service will be held in the funeral home chapel on Saturday, October 4, 2008 at 3 p.m. Interment to follow in Clifton-Bunbury Cemetery. If so desired, memorial contributions may be made to the charity of your choice.

Visiting hours at the funeral home on Saturday 1:30 p.m. until the time of service.

Resting at the Hennessey Funeral Home until 2 p.m. Thursday then transferred to St. Eugene’s Church, Covehead for funeral mass at 2:30 p.m. Interment to follow in the parish cemetery.

If so desired, memorial contributions may be made to the P.E.I. Kidney Foundation.

Visiting hours at the funeral home on Wednesday 6 - 9 p.m. 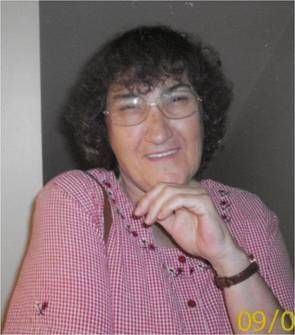 Peacefully at the Queen Elizabeth Hospital on Monday, June 10, 2019 of Theresa O’Brien of Charlottetown, age 76 years. Loving sister of Evelyn O’Brien and Gerri Mitchell. She was predeceased by her parents John R. and Ethel (nee Conahan) O’Brien; sisters, Mary Sheehan, Lila Stewart and Pauline DeCoursey; brothers, Bernard, Raymond, Neil, Herbert, Donald, George and Paul O’Brien. Resting at the Hennessey Cutcliffe Charlottetown Funeral Home for visitation on Thursday from 4 - 7 p.m. Funeral Mass to be announced later. If so desired, memorial contribution may be made to the Heart & Stroke Foundation of PEI. Online condolences may be made at www.islandowned.ca. The Charlottetown Legion Branch #1 will hold a Legion Service at 6:00pm 13 June 2019.

1930 - 2012
At Beach Grove Home on Monday, January 2, 2012 of Eric Reginald O’Hanley, of Winsloe, age 81 years.  Dear father of Pat Coulson (Earl), Summerside;  Allen (Karen), Ottawa;  David (Judy), Charlottetown;  Dennis (Karen), Kingston, ON and Paul (Sasha), Kingston, PE.   Loving grandfather to Hannah, Justin, Katelyn, Trent, Ryan, Graeme, Patrick and Alexander.   Predeceased by his wife Anna Rosemary "Jill"  (nee Mair), by his parents Percy and Maude (Buffet) O’Hanley, by his sister Joyce and by his brothers Percy, Claude and David.  Resting at Belvedere Funeral Home from where the funeral will be held in the funeral home chapel on Friday at 10 a.m.  Private family interment later in St. David’s United Church Cemetery, Georgetown.  No visitation by personal request.  Family and friends are invited to a reception at the funeral home immediately following the service .  In lieu of flowers, memorial donations may be made to Alzheimer Society of PEI .
www.belvederefh.com

1923 - 2011
The death occurred peacefully at the Queen Elizabeth Hospital on Tuesday, May 31, 2011 of Mr. Joseph R. "Joe" Paquet, of Andrews of Stratford and formerly of Sherwood, aged 88 years. Beloved husband of the late Vernita (nee MacKenzie) Paquet.

He was predeceased by his brothers Edward and John.

Resting at the Hennessey Funeral Home until 9:45 on Friday morning, then transfered to St. Pius X Church for funeral mass at 10 a.m. Interment to follow in the family plot at Floral Hills Memorial Gardens, Pleasant Valley.

If so desired memorials in Joe’s memory may be made to the Canadian Cancer Society or Heart and Stroke Foundation. 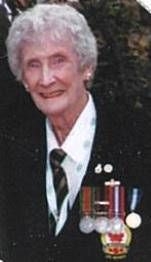 1925 - 2011
The death occurred at the Queen Elizabeth Hospital on Sunday, January 2, 2011 of Mr. J. Edward Pendergast RCN (veteran of the Second World War) of Charlottetown and formerly of Kensington, P.E.I. and Riverview, N.B. in his 86th year. Beloved husband of the late Donalda (nee MacDonald) Pendergast and dear father of John Pendergast of Halifax, N.S., Liz Pendergast (Paul Shaw) of Stratford, Donald Pendergast of Charlottetown and Katherine Pendegast (Donnie Arsenault) of Egmont Bay. He is also survived by five loving grandchildren Jared, Erin, Madeline, Emily and Robyn; brothers and sisters, Patricia Stanyer of Richmond, B.C., Austin (Ethel) Pendergast of Darnley, Tom (Sheilgh) Pendergast of North Bay, Ont., Eugene "Casey" Pendergast of Bedford, N.S., Frances (Tom) McSwiggan of Ottawa, Ont. and Fr. Arthur Pendergast of Palmer Road; sister-in-law, Eileen Pendergast of St. Louis, P.E.I. He was predeceased by his parents James and Gertrude (nee Cullen) Pendergast; infant son, Fraser; twin sister, Mary and brothers, Reg and Bill. Resting at the Hennessey Funeral Home until 10:15 Wednesday morning then transferred to St. Pius X Church for funeral mass at 10:30 a.m. Interment later in the family plot in St. Patrick's Parish Cemetery, Fort Augustus. If so desired, memorial contributions may be made to the Queen Elizabeth Hospital Foundation or the P.E.I. Cancer Treatment Centre. Visiting hours at the funeral home on Tuesday 2-4 and 7-9 p.m. Branch #1 of the Royal Canadian Legion will hold a veteran's tribute service at the funeral home on Tuesday evening at 6:45 p.m. Online condolences may be made at www.islandowned.ca.

Royal Canadian Legion Branch #1 Charlottetown will conduct a Veteran's Tribute Service at the funeral home at 6:45PM on Tuesday 4 January 2011.