1925 - 2010
A beloved father, husband, grandfather and proud soldier has returned home. The death occurred peacefully on Monday, September 27, 2010 at the Dr. John M. Gillis Memorial Lodge in Eldon of Thomas Edward Ross CD formerly of Mermaid age 85 years. Thomas was born in Riverside, Guysborough County, N.S. and is survived by his children Teresa (Doug) Morton, Jim (Nicolette), Anita Cassell, Linda Ritchie, and his grandchildren Jon, Cole, Danielle, Sam and Jessie. He was predeceased by his wife of 60 years Marcella McDonald. Also left to honor his memory are his siblings Frances Luddington and Charles Ross as well as sister-in-law Elizabeth Butler and numerous nieces and nephews.

Resting at the Hennessey Funeral Home. Private visitation by personal request. Interment will take place at Sacred Heart Church Cemetery, Mt. Ryan. Branch #1 of the Royal Canadian Legion will hold a veterans tribute service at the funeral home on Wednesday at 6:45 p.m.

Family flowers only. In lieu of flowers please thank a veteran and remember all those who served and continue to serve their country. On-line condolences may be made at www.islandowned.ca.

Royal Canadian Legion Branch #1 Charlottetown will conduct a Veteran's Tribute Service of Remembrance at the Hennessey Funeral Home at 6:45PM on Wednesday 29 September 2010.

1958 - 2019
RUTTAN, Charles “Eddie” Peacefully at the Prince Edward Home on Sunday, December 8, 2019 of Charles “Eddie” Ruttan of Charlottetown, age 61 years. Son of the late Clarence and Annie Mae (MacLennan) Ruttan. Survived by his step-mother Marilyn Ruttan of Bridgewater, N.S., step-brother Terry Conrad of Lunenburg, N.S. and step-sister Patricia Skidgmore of Mississauga, ON. Predeceased by his sister Anna Marie and infant brother Clarence Jr. Eddie was a faithful member of the Royal Canadian Legion Branch No. 1 in Charlottetown. He enjoyed darts, bowling and bingo. Resting at MacLean Funeral Home Swan Chapel from where the funeral will be held on Wednesday at 10:30 a.m. Interment in the Roman Catholic Cemetery. The Royal Canadian Legion Branch No. 1 will hold a Service of Remembrance at 10:15 a.m. Visiting hours from 9:30 – 10:15 a.m. If so desired, memorials to Pat and The Elephant would be appreciated. Online condolences may be made at www.macleanfh.com 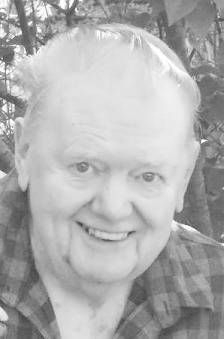 The death occurred at the Atlantic Baptist Nursing Home on Thursday, September 6, 2012 of George Shelfoon of Charlottetown and Stanhope, age 87 years. Veteran of Second World War (Royal Regiment of Canada).
Beloved husband of Janey and dear father of Peggy Ann (Allan) Tupper. Grandfather to Joshua and Adam. Survived by sister, Margaret Hutchings, and special nephew, Richard Baldwin.
Resting at MacLean Funeral Home Swan Chapel from where the service will be held on Tuesday at 2 p.m. Interment in Stanhope Eastern Road Cemetery.
Family flowers only, however, if so desired, memorials to Trinity United Church Restoration Fund or the Atlantic Baptist Home Activity Fund would be appreciated.
Visiting hours on Tuesday from 1 until 2 p.m.
The Royal Canadian Legion will hold a service of remembrance at 12:45 p.m. on Tuesday.
Online condolences may be made at www.macleanfh.com

Resting at the Hennessey Cutcliffe Charlottetown Funeral Home until Friday morning, then transferred to the Church of the Most Holy Redeemer for funeral mass at 10:00 a.m.

Interment will follow in the Roman Catholic Cemetery, Charlottetown. Visiting hours will be held on Thursday from 4:00 to 7:00 p.m. Charlottetown Branch #1 of the Royal Canadian Legion will hold a Veterans Tribute Service at the funeral home on Thursday at 3:45 p.m.

If so desired contributions in memory of Newman may be made to the Queen Elizabeth Hospital Foundation. On-line condolences may be made at www.islandowned.ca.

Resting at MacLean Funeral Home Swan Chapel. Funeral Wednesday from Park Royal United Church at 11 a.m. Interment in St. James United ChurchCemetery, West Covehead. Family flowers only, however if so desired memorials to ParkRoyalUnitedChurch or Beach Grove Home Meadow Unit would be appreciated. Visiting hours Tuesday from 2-4 and 7-9 p.m. Online condolences may be made at www.macleanfh.com

Peacefully at his late residence, on Tuesday, Dec. 29, 2015, of Jack Smallwood, Charlottetown, age 96 years. Son of the late Percy and Frances (MacLauchlan) Smallwood.
Survived by Viola (Sampson), his devoted wife of 68 years. Jack will also be sadly missed by his loving children: Scott (Veronne), Kenneth (Sue), Marjorie McKearney, and Rosemary (Mike) Power; cherished grandchildren: Christopher (Lindsay) Smallwood, Sara (Geoff) Noble, Jennifer (Frank) Nucci, Jackie Smallwood, Kenneth Smallwood (Maranda Groom); Marc and Dane McKearney; Stephen (Cheryl) Power and Kim (Dave) Power; and great-grandchildren: Ethan Smallwood; Lauren, Geoffrey, and Grady Noble; Lexi and Frankie Nucci; Delia and Caleb Hennessey, Chloe and Kenneth Smallwood; Ella and Clara Power; and Taylor and Aiden Power. Predeceased by his brother, Lorne Smallwood.
Jack enlisted with the Royal Canadian Navy in 1939, where he served on the North Atlantic escort ships (Acadia, Skeena 1 and Regina 1) until 1945. After WWII, Jack volunteered his services with the Navy Cadets, first as Lieutenant Band Master-Divisional Officer- Executive Officer; then as Commanding Officer of the RCSCC Kent, until his retirement in 1964, when he became president of the Navy League of P.E.I. Jack was a lifetime member of the Masonic Order (St. John's Lodge #1); Eastern Star, and Island Shrine Club (Philae Temple). He was one of the founding members of Spring Park Church and honorary president of the Canadian Legion (#1) Charlottetown.
Resting at Belvedere Funeral Home, from where the service will be held in the funeral home chapel on Monday, Jan. 4, at 11 a.m. Interment will take place in People's Cemetery, Charlottetown at a later date. Visiting hours will be held on Sunday from 2-5 p.m.
If so desired, donations to the P.E.I. Humane Society would be gratefully accepted.
Charlottetown Branch #1 of the Royal Canadian Legion will hold a Service of Remembrance at the funeral home on Sunday at 1:30 p.m. A Masonic Memorial Service will be held at Belvedere Funeral Home on Sunday at 5 p.m. for Brother John Dewar "Jack" Smallwood, his Brethren, relatives and friends. Officers and members of St. John's Lodge No. 1, Ancient Free and Accepted Masons are asked to attend. Brethren of other Lodges are invited.
www.belvederefh.com

1919 - 2009
Peacefully at the Prince Edward Home on Monday, January 12, 2009, of Mr. Frank B. Smith formerly of North River, age 89 years. Beloved husband of the late Alma (nee Buote) Smith and dear father of Kenny (Nicky Gray) of Halifax, N.S., Suzanne (Roger) Ghiz of Halifax, N.S., Nancy Blanchard of North River, Debbie MacMillan of North River and Michael (Leon Walters) of Halifax, N.S. Frank is also survived by seven loving grandchildren, three great-grandchildren and numerous nieces and nephews. He was predeceased by his parents, Byron F. and Priscilla (nee Blanchard) Smith; sister, Helena Anderson; grandchildren, Angela and Donnie; son-in-law, Bernie Blanchard; and daughter-in-law, Geraldine (nee MacMillan) Smith. Resting at the Hennessey Funeral Home until 9:45 Thursday morning, then transferred to St. Dunstan’s Basilica for funeral mass at 10 a.m. Interment later in the Roman Catholic Cemetery, Charlottetown. If so desired, memorial contributions may be made to the Canadian Cancer Society or the P.E.I. Ostomy Association. Visiting hours at the funeral home on Wednesday 2–4 and 7–9 p.m.

Royal Canadian Legion Branch #1 Charlottetown will conduct a Veteran's Tribute Service at the funeral home at 6:45PM on Wednesday 14 January 2009.

Online condolences may be made at www.islandowned.ca.

Beloved husband of Eleanor (nee Byrne) and dear father of Don J. Smith of Yellowknife, Aletha Smith of Charlottetown, Gerald (Dianne) Smith of Belle River and Robert Smith of Ottawa. He is also lovingly remembered by his grandchildren Jeela, Dawn and Jennifer Smith, Jonathan Green, Daniel and Thomas Buchanan Smith, his brother Thomas “Goldie” (Georgette) Smith and sister-in-law Freda Smith. He was predeceased by his brother Oliver Smith and his sister Doris Walker.

Resting at the Hennessey Funeral Home until 9:45 on Wednesday morning, then transferred to St. Pius X Church for funeral mass at 10:00 a.m. Interment will take place later in the Roman Catholic Cemetery, Charlottetown. There will be no visiting hours by personal request. Members of Charlottetown Branch#1 of the Royal Canadian Legion are asked to gather at the funeral home for a veterans tribute service on Tuesday at 6:45 p.m. In lieu of flowers memorial contributions may be made to the Palliative Care Unit of the Prince Edward Home. On-line condolences may be made at www.islandowned.ca.

1919 - 2008
Suddenly at his late residence on Wednesday, July 16, 2008 of Mr. Earl H. Spinner of 501 Queen Street, Charlottetown and formerly of Sydney, Nova Scotia age 89 years. Beloved husband of the late Thelma (nee Doucette) Spinner. Brother-in-Law of Edgar (Enid) Doucette of Charlottetown and Teresa Babin of Ontario. He is also survived by numerous nieces and nephews.

Resting at the Hennessey Funeral Home where the funeral service will be held in the funeral home chapel on Saturday at 11 a.m. Interment to follow in the family plot in the Roman Catholic Cemetery. In lieu of flowers memorial contributions may be made to the C.N.I.B.

Visiting hours at the funeral home on Friday evening 7 – 9 p.m.

Royal Canadian Legion Branch #1 Charlottetown will conduct a Veteran’s Tribute Service at the funeral home at 6:45PM on Friday 18 July 2008.

Members of the Charlottetown Lions Club will hold a memorial service at the funeral home on Friday evening at 9 p.m.

On-line condolences may be made at www.islandowned.ca